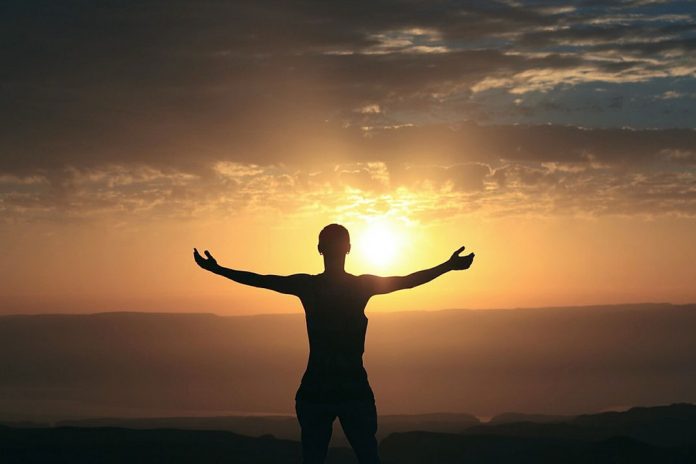 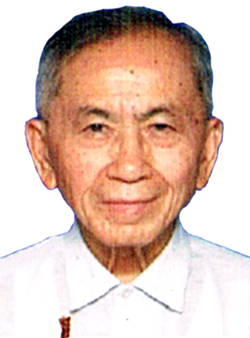 A man and woman gave a sizable contribution to the church to honor the memory of their son who lost his life in the war. When the announcement was made of the generous donation, a woman whispered to her husband, “lets give the same amount for our boy!” Her husband said, “What are you talking about? Our son wasn’t killed.” “That’s just the point,” she said. Let’s give it as an expression of our gratitude to God for sparing his life!”(James S. Hewett, ed., Illustrations Unlimited, p. 262).

Psalm 30 is a great work of religious poetry. In it the psalmist bursts into tears of gratitude to God for undeserved blessings received. He faced a serious crisis, very likely a terrible illness that brought him to the brink of death. He prayed for healing and “strange forces of life sprang up in (him).” He credits God with the “great deliverance that has occurred, an act of saving grace which was set in motion by (his) own sense of helplessness and need” (Walter Brueggeman, et.al., Text for Preaching….” Year B,p. 146). We see him in the company of the faithful at worship in the temple court; and he invites them to join him in praising God. He calls those around him to recognize the supreme importance of thanking God for God’s saving mercies. He also invites his colleagues in faith to see in his experience the realities of human life that truly matter. He is suggesting that the way God journeyed with him from life to near death and back to life again could very well be the story of their own lives, and we may add, of our lives as well.

In relation to time and space, we are removed from his remarkable experience. Still we can feel the tremendous power of his gratitude the springs from the depths of his being. His was not a casual “thank God” but a sincere, humble and joyous confession of faith in his allcaring and all-compassionate God. “I will extol thee, O Lord,” he says with a bold exclamation point, “for thou has lifted me up.” Without inhibition or embarrassment, he must have said, “I was sick and at the point of death; but now I am fully recovered. Not because I am a superman who owes my good health to nobody but myself, but because God healed me. My doctors gave up on me, but now, to their surprise, I am restored to full health. I was on the verge of a ‘masterful collapse,’ and almost numbered among those who had gone to life’s shadow of death, but God snatched me and brought me back to life.” For this psalmist, God willed that he should live a healthy life again. Why? So that, as he puts it, “I might extol him not only with my words but also with my deeds.”

The psalmist looks at his healed body and sees something more profound. For him, his fully restored health is a parable for his spiritual life. He suggests that physical healing is an outward and visible sign of a deeper and less visible but nonetheless real and significant healing of his spirit. For him, sickness is not only physical; it is also spiritual. He drives this point home clearly and forcefully in verses 6 and 7. Here, he makes a remarkable confession of false pride. He recalls a past incident in which everything in his life was comfortable and well. Everything was sweet and there was no reason for him to think that things would turn sour. He took for granted the prosperity that characterized his life. Moreover, he became arrogant, claiming that his good fortune was the fruit of his creative and unaided effort. “As for me, I said in my prosperity I shall never be moved.” He forgets that he owed to God whatever measure of good health and prosperity he enjoyed.

Everything was sweet and there was no reason for him to think that things would turn sour. He took for granted the prosperity that characterized his life. Moreover, he became arrogant, claiming that his good fortune was the fruit of his creative and unaided effort. “As for me, I said in my prosperity I shall never be moved.” He forgets that he owed to God whatever measure of good health and prosperity he enjoyed.

This psalmist was not the first one, nor would he be the last, to make arrogant claims to his health and prosperity. What he says is “the underlying speech of all healthy men for whom things are going well.” This includes us–you and me. When our bodies are healthy and we are prosperous we give little thought, if at all, to the fact that sooner or later, we too will get sick and lose our material fortunes. We may think that such painful possibilities happen to others, but not to us, that God wills only the best for us in an orderly world. With the psalmist at the height of his pride we could say, “By thy favor, Lord, thou hadst established me as a strong mountain.” Then comes the change. Illness overtakes good health. Prosperity vanishes. Then, like the psalmist, we could see and accept our mortality and discern life’s ultimate concern only in the face of misfortune.

Not only did the psalmist confess his sin of pride, he also admitted his utter powerlessness. When his spirit was at its lowest ebb (deepest depression), he turned to God – the only resource available to him. “To you, O Lord, I cried.” That was the defining moment of his life’s journey. Now, he was able to connect himself anew with God, the ultimate source of power.

In verse 9, the poet seems to suggest a rather strange reason why God should come to his rescue. In a dialogue prayer with God he says, “What good will it do to you, O Lord, if you will destroy me. I will not be able to serve or praise any more in the land of eternal, dark shadows.” Does he mean that God is diminished by his death or by the death of anyone for that matter, that God is no true God without living persons intimately related to Him in joyful worship and loving service, and that God’s love is meaningless without someone like him as the object of divine love? The psalmist forcefully implies that each person is of great value to God. There is a place in God’s heart that is reserved only for people created solely for the purpose of having fellowship with God. As such, God is touched by the death of any of God’s people. It is for this purpose that God gave us His only Son who, having died on our behalf, was raised from the grave so that death, our last and universal enemy, would no longer destroy us. God cares so much about us that, as Jesus puts it, God who knows the sparrows of the air, knows each one so intimately that God has counted the number of hairs of the human head.

The psalmist concludes his song of gratitude with a burst of ecstatic rejoicing in which he paints a picture of his life in striking contrasts. To be continued