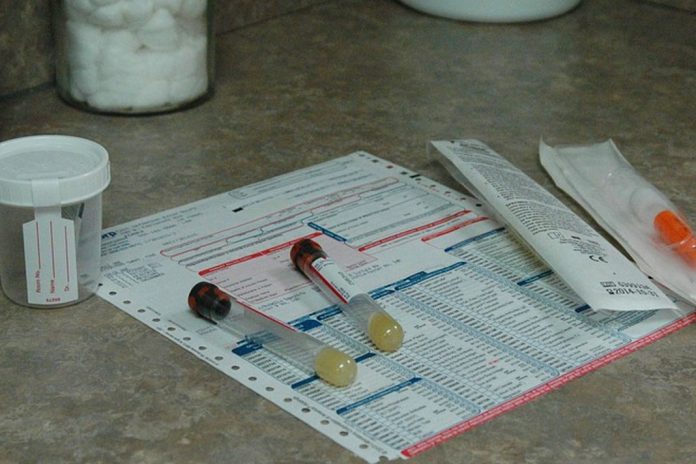 Fourty inmates at the Bureau of Jail Management and Penology (BJMP) in barangay Bajumpandan and at least ten jail guards were subjected to a surprise random drug test Wednesday , under Operation Greyhound.

He said the urine samples will still be examined by the Police Crime Laboratory. Arevalo provided for the drug kit for 50 persons. The results could not yet be available.

He said that aside from the surprise inspection, the detention facility is regularly conducting searches for contraband items at least six times a day so there will be less chances of contraband items coming in without being noticed.

Arevalo likewise, enjoined family members of detainees to help in the rehabilitation of their loved ones that when visiting they should not bring.

Arevalo was referring to a 22 year old lady who brought in one sachet of shabu for his live-in partner accused of violating provisions of the comprehensive dangerous drugs act of 2002. And when interviewed, the lady said she wanted to sniff shabu along with her live-in partner inside.jrg