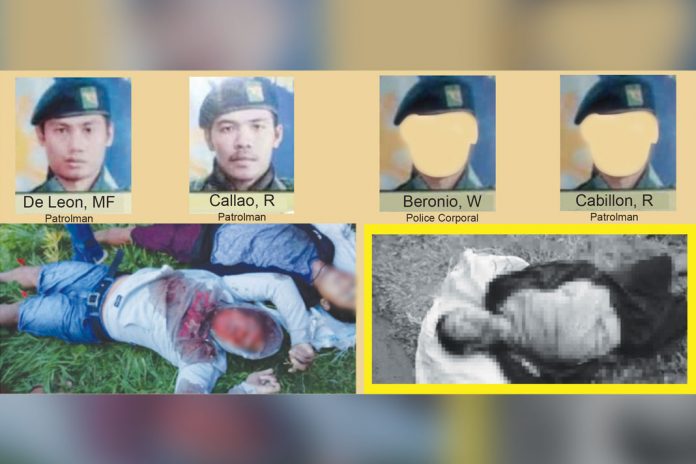 Four policemen were ambushed and killed Thursday by suspected communist rebels, three years after the  tragic ambush-slaying of six policemen and  wounding of three others in Guihulngan city on July 21, 2017.

Thursday’s ambush-slaying  was  just three days before the third year anniversary of the Guihulngan ambush of six policemen including its chief of police.

As if to mark the  infamous PNP tragedy, the four policemen were allegedly ambushed and killed Thursday by communist rebels in Sitio Ilaya, Yamot, Barangay Mabato, Ayungon, about six kilometers away from the PNP detachment in Sitio Nabingca of the same barangay.

The victims  were in civilian clothes because they were on intel operations.  They were on board three motorcycles – a white Smash, one Badja black, and an XRM red.

They were easy targets because they were riding in tandem in the narrow pathways  in the mountains. A tipster could easily have spotted them and relayed the info via cellphone.

Initial reports disclosed they were fired upon while approaching the house of a certain Oto Anadon of Sitio Ilaya, Yamot, barangay Mabato, Ayungon.

Witnesses disclosed that after their bodies were riddled with bullets, the armed men slit the throat of one of the four and took their firearms.

According to Negros Oriental Provincial Police Office provincial commander Police Colonel Raul Tacaca, the presence of the four policemen  could  have been monitored by the rebels in the area.

They were just  about six kilometers from the detachment when they were  overran, even if they  were able to fire back.

What was apparently lacking at that instance was the army’s counter –intelligence that could have avoided the incident.

Based on the physical appearance of the four policemen who were in civilian uniforms, their perpetrators made sure they were dead by cutting their throats with bladed weapons.

Three years ago today July 21, 2017, six Guihulngan-based  policemen including their chief of police   were killed when  they were ambushed by communist rebels in Sitio Mandi-e, barangay Magsaysay Guihulngan City, Negros Oriental in the morning of July 21, 2017.