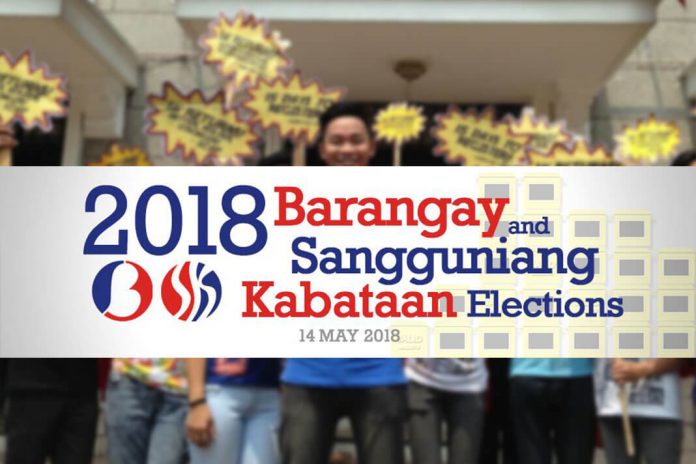 There are approximately 20,000 who will be vying for the posts of Punong Barangays, Kagawads, Sangguniang Kabataan Chairmen and SK Kagawads in 557 barangays in Negros Oriental.

And how many of these young candidates are really qualified, committed and knowledgeable in the laws of local governance especially the teenagers candidates. Do they have the time for local governance since most of them are students? Is the SK not a waste of public funds? What is really their track record in Negros Oriental over the years?

The filing of the certificates of candidacy started yesterday and will end on April 20, interested candidate shall file his/her COC before the Office of the Election Officer in the city or municipality where the candidate resides.

Each barangay will elect one Barangay captian or Punong Barangay, 7 Barangay Kagawads or councilors, one SK Chairman and 7 SK Kagawads and will assume office at noon of June 30, 2018.

Concerned citizens are warning politicians against fielding SK candidates who are their relatives by affinity or consanguinity.

Furthermore, the election period and the gun ban has also started yesterday and will end on May 21, 2018. As such it is prohibited and considered an election offense the bearing, carrying and transporting of firearms and other deadly weapons, even if licensed to carry, unless authorized in writing by the Commission on Elections and the engagement of the services of security personnel or bodyguards.

Considering that elections in the barrios are considered highly partisan and prone to intense inter-clan and family rivalries, more troops will augment the regular police force and COMELEC checkpoints will be established to ensure a peaceful, orderly and credible polls.

PROHIBITED ACTS during the election period are the following: Alteration of territory of a precinct or establishment of a new precinct; Coercing, threatening, intimidating or terrorizing any election official or employee in the performance of his election functions or duties;

Transfer or detail of officers and employees in the civil service including public school teachers; Suspension of any elective provincial, city, municipal or barangay officer; Vote-buying and vote-selling; Wagering upon result of election; Raising of funds thru dances, lotteries, cockfights;

Removing, destroying, obliterating, defacing, tampering or preventing distribution of lawful election propaganda;Making any donation or gift in cash or in kind; May 4, to May 15 Construction or maintenance of barangay funded roads and bridges; Appointment or hiring of new employees, creation of new position, promotion, giving of salary increases, remuneration or privileges. Selling, furnishing, offering, buying, serving or taking intoxicating liquor, etc