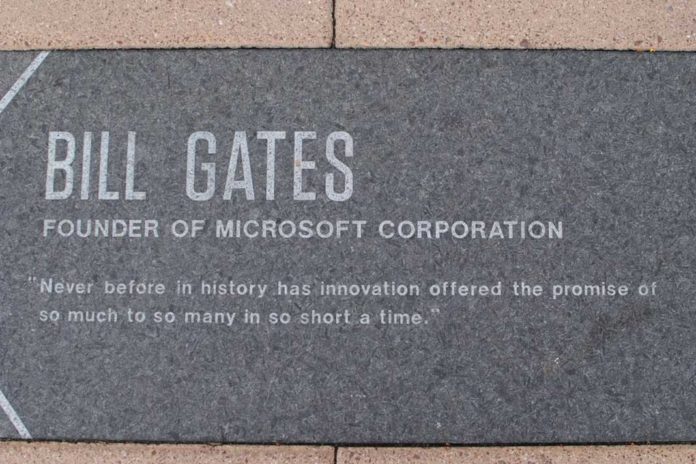 LET US UNDERSTAND WHERE HE is coming from. In 2008, as then the richest man of the earth, Bill Gates divested most of his wealth in Microsoft to become a philanthropist, dedicated to the fight against climate change and infectious diseases.

The Bill and Melinda Gates Foundation, in fact, had already invested $320-M in high-risk money to fight Covid-19. A science-based thinker, Gates is sometimes offended when he is unfairly depicted as trying to profit from pandemics.

It was with the deepest respect for Bill Gates that we listened to a recent radio cast interview he did for “The Economist Radio”, one of the most respected media outfits in the world.

He said that one or all of the six leading pharmaceutical companies: Novovax, Zeneca, Johnson and Johnson, Pfizer, and Sanofi will end the third phase of the testings for the valuable anti-Covid 19 vaccines by the end of September.

It for this reason that a vast majority of the known vaccine makers in the world, led by India, has been assembled for full blast manufacturing by December.

Gates sees that unlike the super-infectious measles (where 90 % of mankind) has to be vaccinated, Covid-19 needs only 30-40% of the world population of 8 billion (from 2.4 to 3.2 billion) of the human race to be vaccinated to put an end to Covid-19.

This magic total will be achieved by the end of 2021 with a little spillover to 2022.

It is a positive, brave prediction of the man who probably understands the complexity of the crisis than any other man in the world- knowing the medical and the economic sense of it.

This will happen despite the probability that there will be those exempted from vaccination: those with existing medical conditions, pregnant women and others.

America who has spent 80% of the Research and Development cost of the Covid efforts will get the first crack at the vaccines which the government will buy from the pharma firms they had earlier granted billions in grants for research.

The lucky part is that Gates estimates that the marginal cost of each vaccine will be cheap (around US$20-3o each) or P1000 to P 1,500 each (before overhead). The billionaire -visionary estimates that the “developing countries” will only need the assistance of US$10-12 Billion to get the magic number of people to be vaccinated to stop the pandemic.

Without the distraction of their respective limping economies, the USA and Europe can easily cough up that amount because the world has to heal globally to make the recovery and the health safety an accomplished fact or the entire humanity (not just one or two nations).

“We have to be willing to spend the billions for the vaccine to save the trillions in economic loss” the world will suffer without the injection.

There still exists political polarization (as in the USA), lack of multilateralism (in the world), doubting Thomases who do not want to be vaccinated in the world today.

There is, therefore, a need for “trusted” individuals with competence and integrity to speak of the science of the vaccine and bat for its efficacy; over a period of time when the vaccine displays its positive effect with no side-infections, even the reluctant ones will file in the line to be vaccinated.

There are reasons why the virus had spread the way it does today. There was the lack of immediate transparency of China when it occurred first in Wuhan in December, the false sense of “personal freedom”  why some people will not follow health protocols, the political polarization in looking at the policies enunciated by leaders in politically divided nations and the sheer poverty of the health care systems in some parts of the globe.

Bill Gates, however, saw many positive developments resulting from the pandemic.

It proved that commerce can be scaled up by using e-commerce and using less environmentally harmful resources (like transport), that the world has developed enough telecom energy that we can mostly afford to all watch Netflix every night and do countless zoom meetings in daytime-without ruining our systems; improved the long distance medical intervention innovations and made distance learning run up to speed faster than it would in normal times.

It is man’s intelligence in pursuing “innovation” that will be the key to prevent future pandemics, disastrous climate change and even wars.

Do we believe Bill Gates’ prediction that Covid-19 is a dead entity by 2021?

We would bet our last 10 cents that the money and disease guru (Bill Gates) had made a credible call similar in magnitude perhaps to the Ressurection of Christ.

Pray, that Bill Gates be the positive “messenger of God”. Mankind has suffered enough.